The city is converting a building, located at 112-16 Astoria Blvd., into a shelter for 140 adult families experiencing homelessness, the Department of Social Services confirmed in an email to the Queens Post Wednesday.

The shelter is expected to open this fall or coming winter and will prioritize families from the immediate area — Queens Community District 3 — as well as Queens overall.

“This high-quality, borough-based facility will be the first shelter of its kind in this Community District, offering 140 adult families experiencing homelessness the opportunity to get back on their feet safely and closer to their anchors of life in these unprecedented times,” DSS spokesperson Ian Martin said.

The shelter, which will be operated by the not-for-profit social service provider BRC, will serve families where each member is age 18 and older.

Examples of such families include young couples trying to make ends meet, elderly couples unable to afford NYC rent prices, a young person supporting an aging parent and/or a parent supporting an adult child with a physical or developmental disability, DSS said.

Individual and group counseling will also be held at the shelter as part of the services. BRC will also provide residents with referrals to outside substance abuse programs, as well as to organizations that offer vocational training programs. 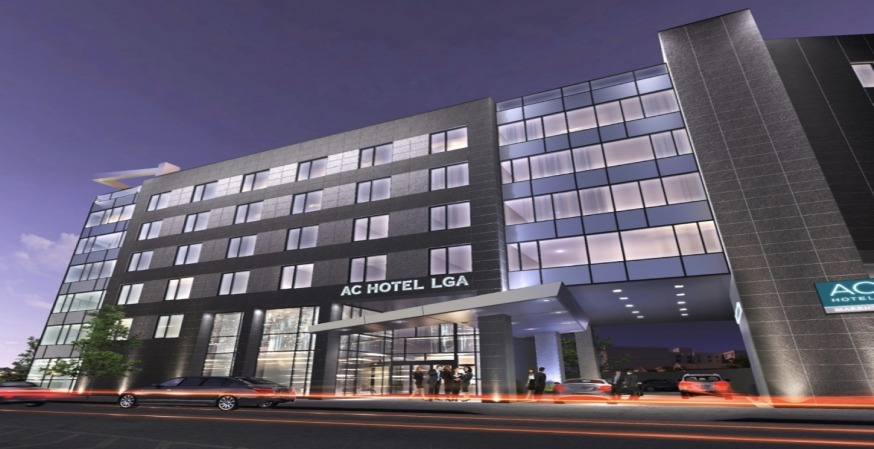 The local community board and elected officials were notified on Aug. 3 of the incoming shelter. Civic leaders and residents learned of the plan soon after and some have already denounced it.

Members of the alliance — together with representatives of the Dorie Miller CO-OP Board and the Ditmars Boulevard Block Association — held up signs that read “No more homeless shelters” and “Dump Steven Banks” in reference to DSS Commissioner Steven Banks.

Monserrate and the other rally-goers criticized the location of the new shelter, which is about 350 feet away from a new public school that is currently under construction.

They claim that existing homeless shelters in the community district have led to increased crime and quality-of-life issues such as public lewdness and drug use.

However, DSS disputes their claim, citing crime stats from the second quarter of 2021 that show that there was only one arrest during that period related to a shelter in the area.

The shelter operator BRC has also committed to providing around-the-clock security at the shelter once opened, according to DSS. A minimum of eight security officers and one supervisor will be assigned to a shift.

Two officers will be stationed at the building entrance to control building access and monitor security cameras, which will be located throughout the building and grounds.

There will be a 10 p.m. curfew for residents of the shelter as well.

Additionally, BRC will provide a 24-hour open line for the surrounding community to provide feedback so staff can immediately address any concerns once the shelter is open.

Ahead of the shelter’s opening, DSS will be phasing out the use of a commercial hotel in the community that has been used for temporary housing for homeless New Yorkers during the pandemic.

“As part of our efforts to bring this first of its kind transitional housing facility to this Community District, we are also committed to phasing out the use of one commercial hotel in this community,” Martin said.

DSS didn’t specify what hotel it will be phasing out.

Martin said that DSS is confident that the new residents will be accepted into the community.

“Working together with neighbors and not-for-profit service provider BRC, we’re confident that these New Yorkers will be warmly welcomed—and through collaborative support and compassion, we will make this the best experience it can be for all,” Martin said.