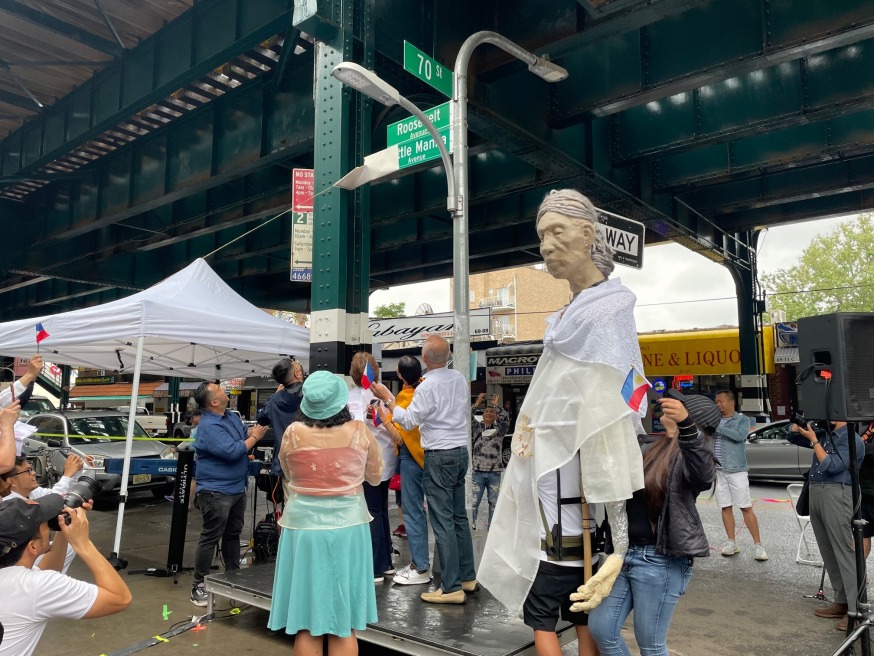 More than 200 Filipinos and their friends turned out in Woodside Sunday to officially co-name the intersection of Roosevelt Avenue and 70th Street “Little Manila Avenue.”

The co-naming pays tribute to the Filipino community who established businesses and began moving to the area in the 1970s and built a hub near the 69th Street subway station in Woodside.

The area has long been known as “Little Manila” for its many Filipino restaurants and stores such as Renee’s Kitchen, Phil Am Foodmart, Ihawan, a branch of the Philippine National Bank and many more.

The event was held Sunday to also commemorate Philippine Independence Day, a day that marks the declaration of independence from Spain in 1898.

The co-naming ceremony also include cultural performances and dancing. Many attendees were waving the Philippine flag as they cheered when the street sign was unveiled. 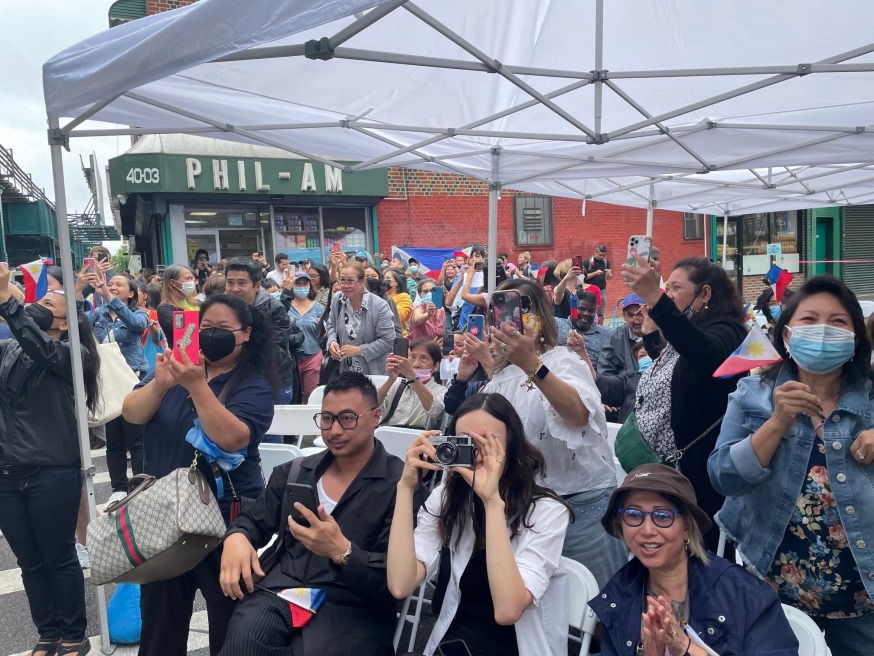 Xenia Diente, a Filipino-American whose mother immigrated to the country as a nurse, told the crowd that the co-naming represented two years of advocacy.

The call for the co-naming, she said, stemmed from a mural that went up on the corner of 69th Street and Roosevelt Avenue in June 2020 that paid tribute to Filipino healthcare workers who worked during the coronavirus pandemic. Many felt at the time, that the area needed to be recognized as Little Manila, said Diente.

She said that a group launched an online petition soon after calling for the Queens Boulevard/70th street intersection to be co-named in recognition of the Filipino community. Xenia Diente, one of the organizers and her mother, speaking to the crowd during the unveiling ceremony. (Photo: Queens Post)

Following the success of the petition, a bill to co-name was passed by the council in December 2021, she said.

Joseph Castillo, whose parents established Phil Am in 1976, told the crowd that New York City has ethnic enclaves throughout the five boroughs. He said that he was glad that the Filipinos now have an area named in recognition of them.

The “Little Manila” street sign has gone up across the street from Castillo’s business, a popular Filipino grocery store.

The area began taking on a Filipino flavor after nurses and healthcare workers began moving there in the 1970s after being recruited to work at Elmhurst Hospital. Many wanted to live near the hospital, which led to the area being a magnet for Filipinos.

The event ended with joyous, spontaneous line dancing in celebration of the new street sign and Philippine Independence Day.