JOKR, a new company which aims to deliver groceries to your doorstep within 15 minutes, has expanded its footprint into Queens. A delivery driver for JOKR, pictured (Photo provided by JOKR).

A start-up company that delivers groceries to its customers’ doorstep—typically within 15 minutes—has expanded from Manhattan into Queens.

JOKR, an e-commerce company that launched in Latin America in February and entered the U.S. market in June, is now delivering to residents in Long Island City with plans to serve other neighborhoods in Queens in the future.

Customers can use the company’s specialized app to order groceries, household products, alcohol, pet food as well as non-prescription medications—without having to pay delivery fees. There is also no minimum order size and the company says its prices match those of local supermarkets.

JOKR, headquartered in Manhattan, promises to deliver products to its customers at a rapid speed, as long as their app users are located within a 1-mile radius of a company “micro-warehouse” — known as a hub.

The startup operates its Queens hub at 11-08 44th Dr. and delivers north as far as 36th Avenue and east as far as 34th Street. The Long Island City hub also delivers south into Greenpoint, Brooklyn. 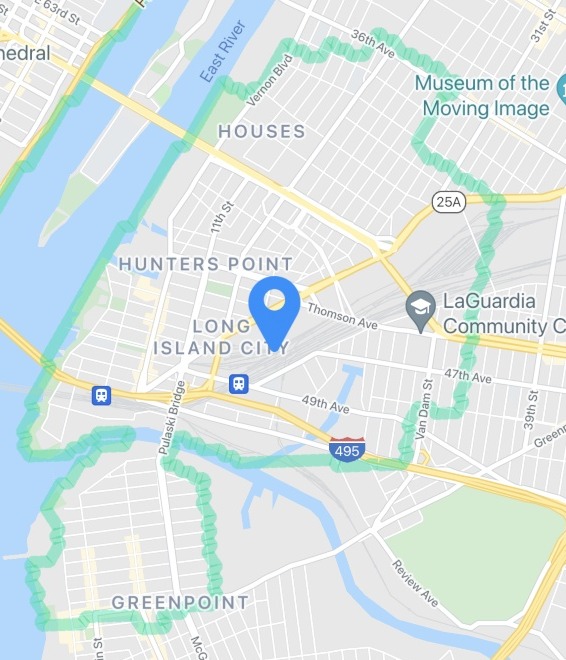 The e-commerce company has staff who work at the 2,200 square foot hub that assemble orders that customers submit through the JOKR app.

Delivery personnel, who are all directly employed by the company, then zip around the neighborhood on bicycles or e-bikes and drop off the orders.

“We are trying to create the next generation of shopping with fresh products and favorite local brands,” said Tyler Trerotola, the U.S. co-founder of JOKR.

“From your busy parent that is trying to cook a last-minute meal to your young professional who has forgotten some ingredients, you can get those products delivered to your door within 15 minutes.”

The demand for home grocery deliveries surged during the pandemic and became very mainstream, Trerotola said. The company is looking to enhance the customer experience by making deliveries faster and helping people save time, he said.

“We are trying to build something that is immediate. People are demanding convenience and instant gratification,” said Trerotola, who added that the company got its name from the joker card which signifies a quick result, much like the JOKR app service.

The company’s business model is based on establishing low-cost hubs at various locations throughout a region. JOKR has 10 other hubs in New York City—spread across Manhattan and Brooklyn—with more than 100 hubs in total around the world in countries such as Mexico, Brazil, Colombia, Peru and Poland.

The hubs generally range between 2,000 and 3,000 square feet in size and are located in low trafficked areas in order to avoid paying hefty rent, Trerotola said.

JOKR purchases all of its products at wholesale prices directly from suppliers and then manages the inventory at its hubs. It also purchases products from local suppliers depending on the demand.

Trerotola said that the company relies heavily on customer purchase data so it knows what products to stock, thereby reducing waste.

He said the company decided to establish a base in Long Island City given the area’s popularity and growing population.

“When we were looking at locations around the world, Long Island City stood out as an attractive area and we saw a lot of migration into the area since the pandemic.”

Trerotola said that the company plans to open more hubs in Queens, while also looking to increase the range of its products it offers.

He said the company plans to compete with the big players in the e-commerce space like Amazon in the future.

“We are creating an online retail business that could essentially deliver anything in 15 minutes. We generally see a huge opportunity to revolutionize e-commerce.”