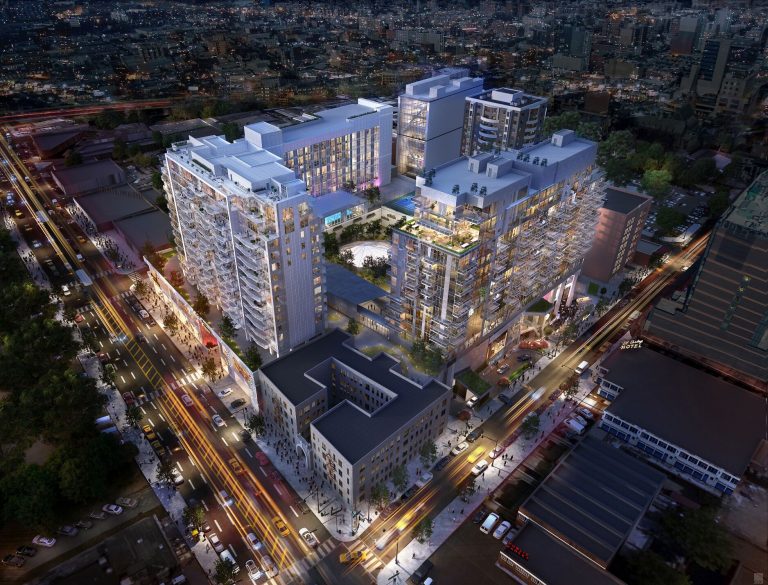 Xi’an Famous Foods, a popular Chinese restaurant chain, will open a new location in a Flushing mega-development next year.

The acclaimed chain, which was originally founded in Flushing, will open its fourth Queens outpost in the Tangram, a 1.2-million-square-foot mixed-use development on the corner of College Point Boulevard and 39th Avenue in downtown Flushing.

The restaurant is set to open in early 2022 in a 1,500-square-foot ground-floor space inside the Tangram. It will feature an open kitchen format so patrons can watch chefs pull Xi’an’s famed noodles and cook their meals.

The eatery will be the second Xi’an Famous Foods in Flushing. The fast-casual chain also has locations in Woodside and Long Island City as well as two in Brooklyn and four in Manhattan.

Xi’an Famous Foods was first established in Flushing’s Golden Shopping Mall in 2005 out of a family’s desire to bring authentic Western Chinese cuisine to New York City. Xi’an cuisine is known for combining Chinese and Middle Eastern flavors and spices.

“When my father founded this restaurant, he was missing the food of our hometown, Xi’an, and wanted to enjoy and share this unique cuisine with others in Queens and beyond,” said Jason Wang, Owner and Chief Executive Officer of Xi’an Famous Foods. “Tangram is an important cultural destination in New York City as a whole and we’re honored to align with their team and our mission of satiating cravings, while promoting unique cuisine and culture.”

The restaurant chain has developed a cult-like following and has been featured in a number of television series such as the late Anthony Bourdain’s “No Reservations” as well as the Rachel Ray Show and Good Morning America.

“This is a restaurant franchise that was conceived and grown right here in Flushing,” said Helen Lee, Executive Vice President of F&T Group, the developer of Tangram. “Xi’an Famous Foods is a prime example of the unique local-meets-global culture and cuisine we are curating here at Tangram.”